Trying to buy a bottle of water at a restaurant in Bayfield? Good luck

The village of Bayfield, Ontario has gone blue — in a good way.

The community, on the shores of Lake Huron, has effectively cut down on single-use plastic bottles. And its grassroots efforts continue to win praise.

The U.K. environmental organization, Surfers Against Sewage, has listed Bayfield as a plastic-free community, the first community to receive the designation on this side of the ocean.

“Our committee of 12 people was a quite surprised that this could happen to us, especially to be the first in North America,” Shelagh Sully, of the group Blue Bayfield, told CBC Radio’s London Morning.

The Council of Canadians had already designated Bayfield as a Blue Community, one of several in Ontario.

That designation is awarded to communities that: 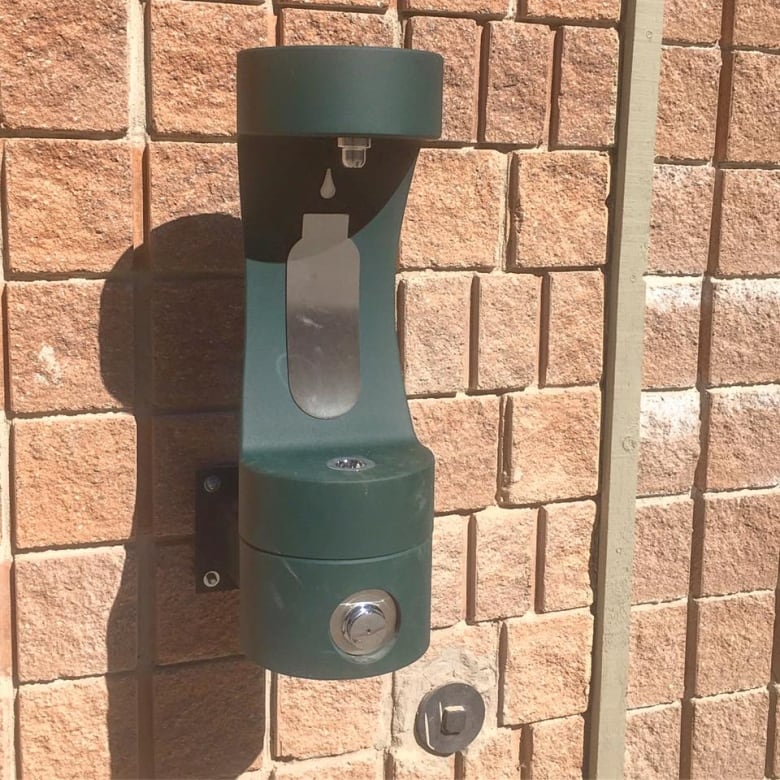 Bayfield has set up five water filling stations for bottles around the village. (Submitted to CBC News)

Sully said it didn’t take much to get Bayfield’s 1,100 residents, a population that swells in the summer months with visitors, to support the reduction in plastics.

Restaurants and shops were approached by Blue Bayfield members and asked to do away with plastic. The response was positive, according to Sully.

But she says, initially, there was not a lot of support from the former local council.

She notes the council came around.

“They did help install the water bottle refill stations and footed the bill. That was very good.”

There are now five refilling stations around the village.

There’s also a mobile hydration station dubbed “Blue Betty.” The adult tricycle is fitted with a platform to transport tap water and compostable cups to the beach and outdoor events. 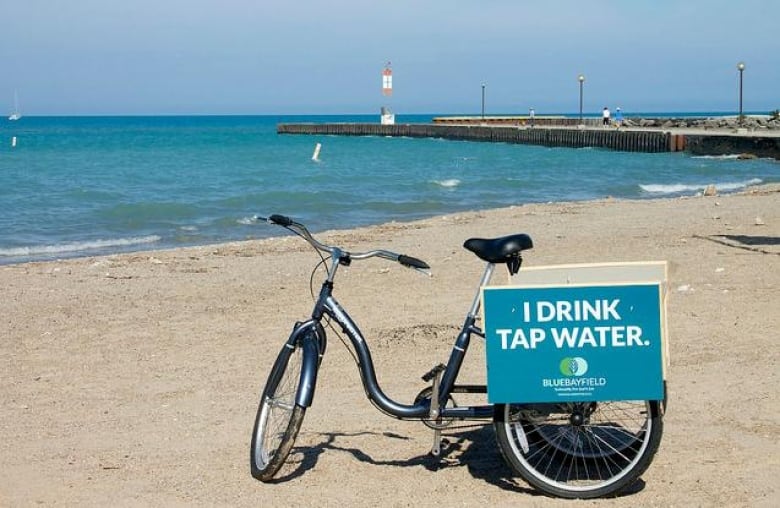 Asked what would happen it you tried to order a bottle of water at a restaurant in Bayfield, Sully replied, “nothing, it wouldn’t happen.”

Sully says people in other communities, such as Victoria, B.C., have reached out to Blue Bayfield seeking advice on how to go plastic-free.

“Get together with like-minded people to form a committee and go out there and talk to local retailers, restaurants, and to anyone you know who has a lot of plastic to begin with and wants to get rid of,” says Sully.

“We’re the generation that got things started and young people will have to bat it home.”