Yes, plastics pollution is encroaching on the Great Lakes, too

Microplastics are found in the Great Lakes, just as they are found in oceans. The biggest difference is that we use freshwater resources for drinking water.

There’s too much plastic in the oceans, we all know that. But there’s also plastic accumulating in the Great Lakes.

“We don’t have huge garbage patches yet, so the plastic pollution here doesn’t get as much publicity as in saltwater coastal areas,” said Michael J. Carvan, Shaw Professor in the School of Freshwater Sciences at the University of Wisconsin-Milwaukee.

Less research has been done on plastic pollution in the Great Lakes than in the oceans, but microplastics — tiny particles that can be suspended in the water — are something they both share. 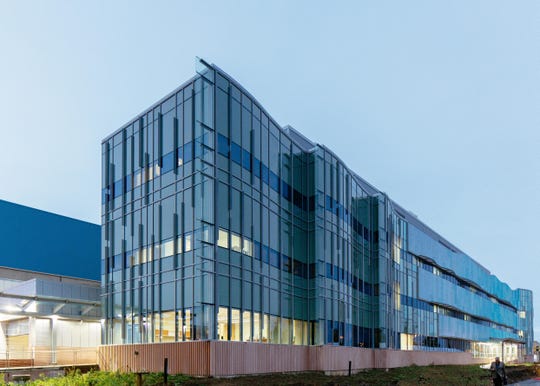 Plastic is accumulating in the Great Lakes, according to a professor at the University of Wisconsin-Milwaukee’s School of Freshwater Sciences. (Photo: Courtesy City of Milwaukee)

He explains that microplastics are created when plastic garbage on our beaches and floating in the water is exposed to UV rays. That garbage doesn’t degrade, but instead breaks down into minuscule pieces, which absorb toxins such as mercury, PCBs and dioxin.

Little fish eat the particles because “they’re hungry and don’t know the difference,” said Carvan, and then they are eaten by bigger fish, so the problem moves up the food chain.Another issue he underscored is that while people don’t drink ocean water, they do drink water from the Great Lakes, and microplastics can make their way through water treatment facilities.

These particles have not been well quantitated in our area, but microplastics have been “found globally in water, beer and soda,” he said. “So, unless Milwaukee is some unique place on earth, there’s no doubt that it is in our water and in our food.”

According to this freshwater scientist, we don’t know yet if there are any adverse health effects related to microplastics at current levels, but problems could arise as levels increase.

Picking up trash and recycling are part of the answer, but reducing the number of single-use plastic “convenience items” such as plastic cups and plastic shopping bags is also necessary, he believes.

And while individual and group efforts make a difference, he sees legislation as perhaps the best way to get us to limit use and recycle.

One possibility is what he terms a “five-cent handling fee” for shopping bags. Then, when you return the bags for recycling, you would get four cents back for each bag.

While Wisconsin currently bars local governments from banning plastic bags, a growing number of cities in other states, including Chicago, Boston and Washington, D.C., have imposed some kind of ban or fee on single-use plastic. Two states, California and Hawaii, have bans. The National Conference of State Legislators summarizes legislation state by state at ncsl.org (search “state plastic and paper bag legislation”).