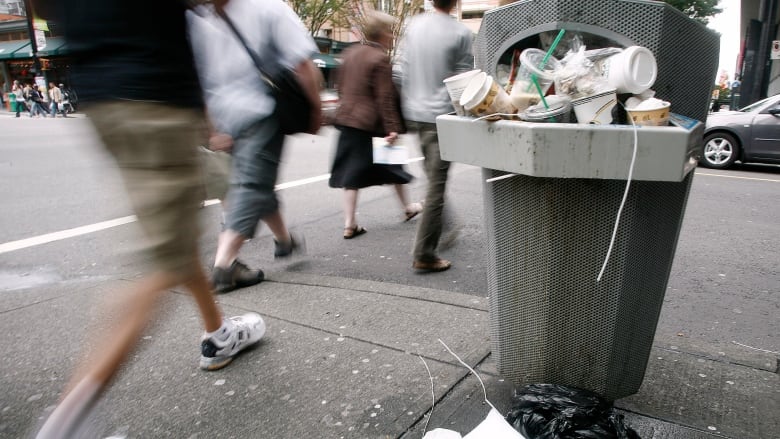 Plastic cups and other waste spill out of a garbage can in downtown Vancouver in a 2007 photo. The plastics industry says it aims to recycle or recover 100 per cent of plastic packaging by 2030. (Andy Clark/Reuters)

The Canadian plastics industry aims to make all plastic packaging recyclable or “recoverable” by 2030, and actually entirely diverted from landfills by 2040.

At the same time, environmental groups say they want to eliminate litter from single-use plastics like bags and cutlery by 2025.

The Canadian Plastics Industry Association and the Chemistry Industry Association of Canada announced Monday that they aim to make 100 per cent of plastic packaging recyclable or “recoverable” — divertable from landfills for use in products like chemical feedstocks, fuel and lubricants — by 2030.

The same day, a group of 33 environmental and civil society groups recommended that Canada require all provinces to aim to recycle at least 85 per cent of single-use plastics by 2025 and have the rest “captured” — that is, disposed of properly by landfill or incineration and not released into the environment.

That was one of a dozen national policies suggested in the “Towards a Zero Plastic Waste Canada” declaration released by Environmental Defence, the David Suzuki Foundation, the Canadian Environmental Law Association, the Broadbent Institute and dozens of others. 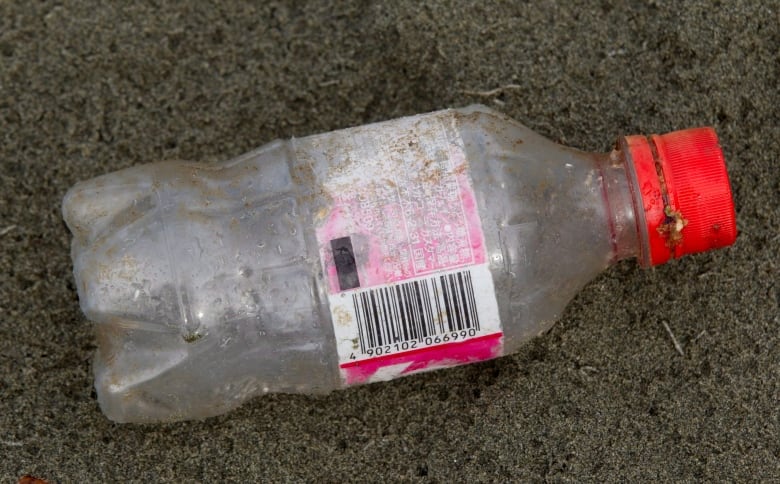 Ocean debris believed to be from Japan is posed for a photograph on Long Beach in Tofino, B.C. in 2012. G7 nations, including Japan and Canada, are expected to sign an international zero-plastics-waste charter in Charlevoix, Que., later this week. (Jonathan Hayward/Canadian Press)

Both announcements come ahead of World Environment Day on Tuesday and the G7 summit in Charlevoix, Que., Friday and Saturday.

Canada has indicated that it will use its G7 presidency to push an international zero-plastics-waste charter. But it is also expected to commit to a national plastics strategy, said Ashley Wallis, plastics program manager for Environmental Defence.

“While there’s no doubt we need co-ordinated international efforts to eliminate the flow of plastics into our ocean, we need to make sure we do our part at home,” she added.

“We’re trying to provide a bit of an expectations document for what we hope to see in a national plastics strategy hopefully later this year.”

According to Environment and Climate Change Canada, less than 11 per cent of plastics are currently recycled in Canada — only slightly better than the international average of nine per cent. The statistics were posted in April on a website soliciting ideas from Canadians on how to reduce marine litter.

Wallis said single-use plastics are particularly problematic, because of the huge scale on which they are produced and how quickly they go from use to disposal.

“It is a waste of precious resources for plastics to be used once and then landfilled,” she said in a statement accompanying the announcement of the industry’s new waste reduction targets. 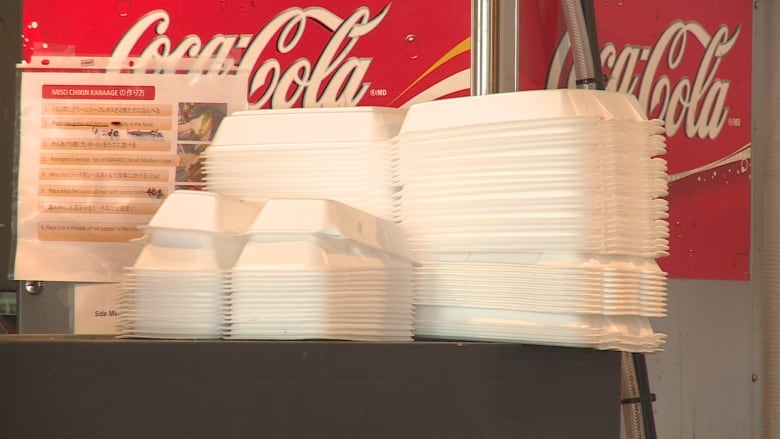 Some of the other Canada-wide policies recommended in the environmental groups’ declaration to reduce the amount plastic waste include:

​Wallis acknowledged that the target of 75 per cent recycled content for single-use plastics isn’t based on scientific reasoning. It was simply set to be higher than voluntary targets proposed by other groups, because the environmental groups “think we should push for more aggressive targets than what other people might be.”

In order to meet that target, recycling systems may need to be changed to reduce contamination or single-use plastics items like disposable food containers and cutlery may need to be made of different kinds of plastics, she said.

But she added that ambitious targets may help push forward the adoption of new technologies, such as processes that break plastics down into their chemical components so they can be reprocessed into new plastics.

Bob Masterson, chief executive of the Chemistry Industry Association of Canada, said investments in new innovations like that kind of process, known as chemical recycling, will be essential to achieving industry’s new waste reduction goals. 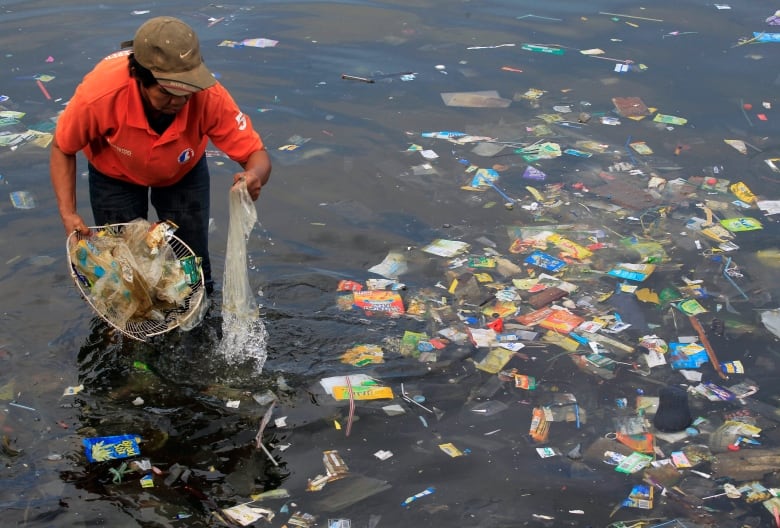 The environmental groups’ declaration also makes five recommendations for what should be included in a global treaty including:

“We appreciate the constructive discussions happening at various levels across the country on how we can reduce plastic waste and keep it from polluting the environment.”

She added that the federal government is working with provinces and territories to develop a comprehensive approach to address plastic waste from all sectors of the economy, and encouraged Canadians to continue sharing their ideas for how to address the challenge as part of the national consultation.